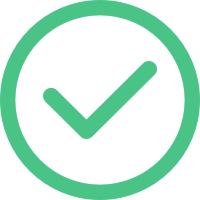 On 10 March 2019 Ethiopian Airlines Flight 302 crashed near the town of Bishoftu, six minutes after takeoff, killing all 157 passengers and crew.

The timelines of the two tragedies are similar and have led to a worldwide discourse on flight safety, pilot training, corporate accountability, incident response, brand reputation and more. No less so than on social media. We’ve taken a look at where SAM fits into this timeline as an indicator of the response on social media.

We often look to social media for on-the-ground chatter or local journalists breaking news of a major incident. However, breaking news doesn’t always come from eye-witnesses or publications, as was the case with the Ethiopian Airlines crash on the 10 March. It was the President of Ethiopia’s tweet which, while stating the plane manufacturer’s name, indicated a crisis had occurred.

Social media continually proves itself to be a critical and democratised medium for sharing crucial information, whether it is local news media, government officials, or otherwise. It is an important way to scrutinise and continue conversations that may without it lose their voice. Instead, the chorus on social media is capable of applying the kind of pressure that helped lead to the worldwide grounding of the 737 Max.

These timelines are formed from internal research.